'My Fair Lady' at Movie Club 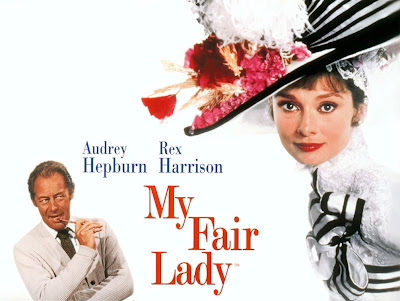 Now Showing:
Posted by James Nicholas at 6:10 PM No comments: Links to this post 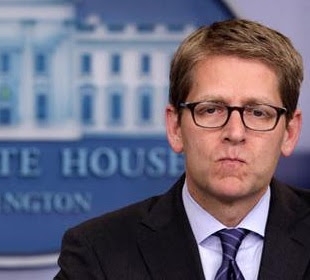 A Seinfeld-esque reference to your humble host? Ahh... no. I was reading some good stuff over at the always interesting Pundit and Pundette, when Jill directed my attention to one Jimmie Bise. Here is a sample:


I’m at a loss to explain how else to describe the weapons-grade whopper the White House Spokesgrifter Jay Carney told in this morning’s press gaggle when asked about the so-called Buffet Rule. That’s Barack Obama’s Attack O’The Week this week — an attempt to wring a few billion dollars out of 400 households who have managed, through a lot of hard work and sacrifice, to reach the very pinnacle of financial success in America. I’m not going to get into the numbers of the Buffett Rule, which are a noxious stew of fuzzy math and laughable fiction. I’ll let the graphic at the end of this post handle that. I want to point out that Jay Carney looked America right in the eyes and told a lie so blatant that, if we lived in Old Testament times, God would have opened a fiery crevice underneath him to consume him and his entire lineage.


Q: "Back to the Buffett Rule. Given that if it passed, it would make a small dent in the deficit, would you say that the measure is more symbolic than material?"

MR. CARNEY: "I think the money we’re talking about here, $47 billion over 10 years, is nobody’s idea of a small amount, A. B, we never suggested — the President, no one ever suggested that implementing the Buffett Rule would contribute in large measure to reducing the deficit. The President has put forward a comprehensive deficit reduction plan that takes a balanced approach, that includes as a principle of tax reform theBuffett Rule, but that does not rely on — and we never suggested it would rely on — the Buffett Rule to reduce the deficit by a significant measure. It is a principle of tax fairness.[Emphasis mine]

So, according to the Mouth of Sauron, Jay Carney, neither the President nor anyone else in the administration suggested that the Buffett Rule would reduce the debt in either a “large” or “significant” measure."

Got that? Okay. Now let’s leap into that wonderful time machine known as the Internet and travel back about six months, to September of last year. Here is what the President said in a speech at a DNC event in California.


"What I’ve said is this is a very simple principle that everybody should understand: Warren Buffett’s secretary shouldn’t pay a lower [sic] tax rate than Warren Buffett. A teacher making $50,000 a year, or a firefighter making $50,000 a year or $60,000, shouldn’t be paying a higher tax rate than somebody making $50 million a year. And that basic principle of fairness, if applied to our tax code, could raise enough money that not only do we pay for our jobs bill, but we also stabilize our debt and deficits for the next decade. And as I said when I made the announcement, this is not politics; this is math." (Laughter.)

Jimmy likes that. And not only is Jimmie a fun read, he's got the goods to boot.

Jimmie could soon by making our fun reads list. Check out all his stuff here.
Posted by James Nicholas at 4:16 PM 11 comments: Links to this post

"I'll be back faster than you can say 'furious'"
Posted by James Nicholas at 1:35 PM 9 comments: Links to this post

'Drive Me Crazy' at Movie Club 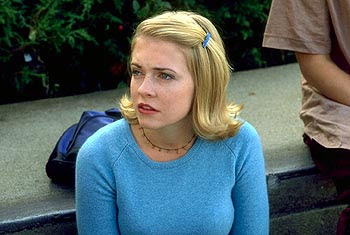 Now showing: Drive Me Crazy
Posted by James Nicholas at 11:27 AM No comments: Links to this post 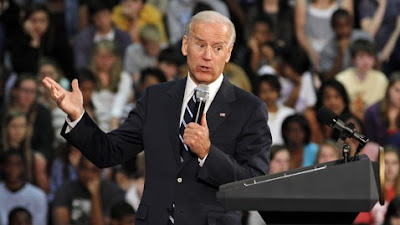 Following a speech in Norfolk, Virginia on college affordability, Vice President Joe Biden opened up the forum for a little Q and A with the assembled high school students. Never at a loss for words, the vice president dove into the deep end of the pool when he was asked by a Maury High School student why gas prices are so high:

Number one, number one, the international, to use a fancy word, exigencies of the oil market are amazing. For example every time there’s talk about war with Iran, a major oil producer, because Iran says if there is war, they will take out the Saudi oil fields, and the Bahraini oil fields, they will attack them, every investor, the big guys who make these judgments about the futures, it’s called the futures market, who say well look… we’ve got a hedge a boom happening, so we’ve got to assume that oil may go to, it’s not high, artificially high at over $100 dollars a barrel. It could go to $200 a barrel, and so…and all that what it does, it drives up the price of oil in anticipation there is enough supply. And so what’s going on now are two things that no president, Democrat or Republican, can control. One is called the Arab Spring. You all know about that. What happened in Libya, what happened in Tunisia, what happened in Egypt. What happened in Bahrain is happening now, etc. Now they are the oil, some of the biggest oil producers in the world. So when the war in Libya occurred, Libya was a producer of a significant amount of oil. When the rebels attacked, and the world supported them, that oil came to a screeching halt. So that was a lot less oil on the international market.

I’m treating this answer like I would if I were answering on Meet the Press.

I hope I’m not offending anybody by just going straight to it, but here’s the deal, oil is what they call fungible. That means that it has a world price. The price for oil in Saudi Arabia, and a price for oil in Canada and a price for oil in Latin America, it’s all one price, because you can go anywhere and pick it up. So it’s all the same price. Now what’s happened is that as this discontents occur, no one knows where that Arab Spring is going to go....

Mark Steyn was so in stitches listening to this explanation that he was barely able to respond to Hugh Hewitt.
Posted by James Nicholas at 10:59 AM 4 comments: Links to this post 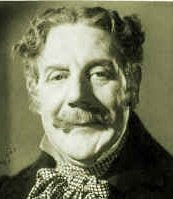 What does the culural shift in England portend for the United States? News from across the ocean:


"Like something from a horror movie. The thuggish, mocking face of George Galloway, flushed with maniac triumph, crying "all praise to Allah" as the sky behind him darkens a shade yet closer to the hue that hung over Berlin in 1933, is as good a visualisation as you could need of the raving, suicidal unreason that now dictates the shape and direction of public discourse and enquiry in Britain.

It calls for a Francis Bacon to capture its true contours and dimensions, a Hogarth to isolate the depth of the decay and insanity it symbolises, a Goya to unmask the tragedy behind its swaggering and provocation. Neither can its horror be conveyed in mere prose. (Let Shelley give it a try: "I met Madness on the way / He had a mask like Galloway.")

It's all in the open here, for anyone with eyes to see and courage to recognise. The true face of modern Britain: sly, and leering, confrontational and brutish and vulgar, yet also uncomprehending, rejecting hope and decency not consciously but through a genuine incapacity to even conceive of such things."

A dark topic to be sure, but this guy is a pleasure to read. Give it a proper look.
Posted by James Nicholas at 3:09 PM 7 comments: Links to this post