'The Fly' at Movie Club 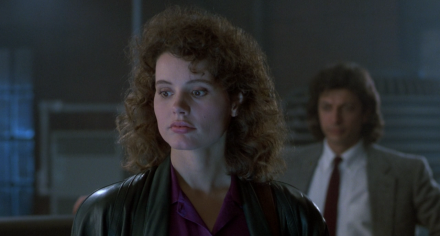 Now showing:
Posted by James Nicholas at 2:31 PM No comments: Links to this post

The third presidential debate ended with Romney looking presidential.  Romney was consistently painting a large view of what we as a nation should do.  President Obama, meanwhile, nitpicked, contradicted and looked angry. For all that, Romney did not seem in the least bit put off his game.

In the face of Obama's planned military cutbacks, planned at a trillion dollars, Romney raised the concern that we will not be able to maintain our military capabilities. To that the president stated outright the sequster will not happen. Mr. Romney was concerned, and laid out his case:


"Our Navy is smaller now than at any time since 1917. The Navy said they needed 313 ships to carry out their mission. We’re now at 285. We're headed down to the low 200s if we go through a sequestration. That's unacceptable to me.”

“I will not cut our military budget by a trillion dollars, which is a combination of the budget cuts the president has, as well as the sequestration cuts. That, in my view, is making our future less certain and less secure.”

Yes, indeed. Excellent, practical point... to which we get some silly Obama repartee for an answer:


“I think Gov. Romney maybe has not spent enough time looking at how our military works. We also have fewer horses and bayonets because nature of our military has changed. “There are these things called aircraft carriers where planes land on them. We have these ships that go underwater, nuclear submarines."

“The question is not a game of Battleship, where we’re counting ships, it’s what are our capabilities,”

Battleship?!  What is he talking about?  And yet the Obamiacs thought that was a great moment for the great one. But lets look at it, perhaps more critically than the typical Obamiac would.

Sequestering is the term for mandatory budget reductions, which comes out in cuts:


The Defense Department makes up a disproportionate share of the cuts – $500 billion, at least $55 billion of which would go into effect immediately. It’s not clear yet how the Pentagon would put them in place

Obama claimed a sequster will not happen, but his White House was on the phone immediately afterwards walking the statements back:


White House senior adviser and 2008 campaign manager David Plouffe softened the Obama administration's language on the sequester after President Obama insisted that it would not happen.

"No one wants it to happen," Plouffe told reporters

Yes, well, that is not the same as saying it will not happen, and certainly the difference is very real to the people in the military whose equipment, supply and personnel end up on the wrong side of the contraction.

If the Navy says it needs 300 ships, the president cannot idly sit by while it is reduced to 200 ships - not and expect us to maintain our ability to protect ourselves and influence the world in which we live. The reality is the military will be required to reduce its size and capabilities if we do not fund it. There is no way around that. Mr. Obama had no answer except to suggest we don't need ships and planes and the like.

Weakness invites aggression Mr. President. After all your carrying on about what you've learned on the job, if there was one thing you should have learned while acting commander in chief, it was that.

Posted by James Nicholas at 12:09 PM 16 comments: Links to this post

- The President Goes for Cool Casual 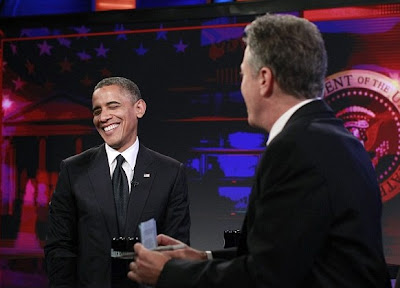 President Obama has an odd way of going about the business of the presidency. Answering the questions of the press would require his holding a press conference, and that isn't really what he's all about. No, hangin' with David Lettermen, giving a shout out to Jay Z, and slow jamming the news with Jimmy Fallon are more his thing. Thus the president thought the best way to answer the increasing public dismay over his bungling of the Libyan consulate was a chat with fellow cool cat Jon Stewart of The Daily Show.

A statement by the president in the Rose Garden the day following the attack is now being stretched by the Obama campaign into a declaration by the president that our consulate suffered a terrorist attack, but the president gave no such statement. At the event he spoke of terrorism itself broadly, specifically declined to link the Benghazi attack to terrorism, declined to say whether or not the attack constituted an act of war and then left his White House and members of the State Department to spend the next two weeks trying to convince the people of America that the death of our ambassador was the result of an out of control mob that had been incensed by a little seen video critical of Islam. And it was the video that struck this White House as a terrible thing. The death of four Americans, not so much.

Following the Rose Garden briefing, the president, I am embarrassed to say, flew off to Las Vegas to start afresh on his fund raising tour. Vegas, Baby!

Two weeks later the president's fibbing came to national attention when CNNs Candy Crowley, who somehow conveniently had been provided a transcript of the president's Rose Garden statement of two weeks previously, managed to misinterpret the president's statement and the two weeks that followed to botch her best chance at notoriety on a national stage. That's kinda like a young singer forgetting the words to the national anthem during the opening ceremonies of the Superbowl. Not good.

Live feed footage watched by our State Department showed anyone that was interested that there was no protest and no mob outside the consulate. In fact, the ambassador had said goodnight to his Libyan guests at the very gate just an hour before the compound was hit by RPGs and mortar rounds. How could the president get it so far wrong... by accident?

Anyway, it was all far from the mind of the president on Comedy Central, as he warmed to his work with a self-deprecating reference to his first debate performance:

The president can tell a joke, I'll give him that. But sometimes humor isn't right coming from the mouth of the president.


"Is part of the investigation helping the communication between these divisions? Not just what happened in Benghazi, but what happened within. Because I would say, even you would admit, it was not the optimal response, at least to the American people, as far as all of us being on the same page."

'Here's what I’ll say. If four Americans get killed, it’s not optimal.'

Funny guy.  Sadly, even the safe confines of the comedy channel can not prevent a public view of the president's callous disregard for the people that work and die for him.

Well, the president assures us that no one is more interested in getting to the bottom of this than him.

Didn't come across that way on Comedy Central though.
Posted by James Nicholas at 2:07 PM 6 comments: Links to this post

Steyn Gets a Chuckle

We all love Mark Steyn around here, but his comments on the debate and subsequent scramble just nailed it:


A month ago, Clint Eastwood’s Obama empty-chair shtick was universally agreed by liberals to have been a disaster for Romney.
Now, it’s on the cover of The New Yorker.

Read his whole NR In The Corner post here.
Posted by James Nicholas at 4:24 PM No comments: Links to this post

'Since You Were Gone' at Movie Club

Posted by James Nicholas at 3:25 PM No comments: Links to this post 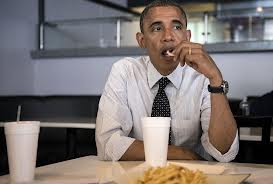 There is no scoring that can be kept in these debates, none, that is, that isn't tampered with by our betters in the media, so it will be hard to judge outcomes between the former governor of Massachusetts and the smooth talking serial liar.

Personally, I am sick of the press telling us how clever a Democrat is when he lies and gets away with it, as was their take on Bubba Clinton and all contenders with a "D" ever since. 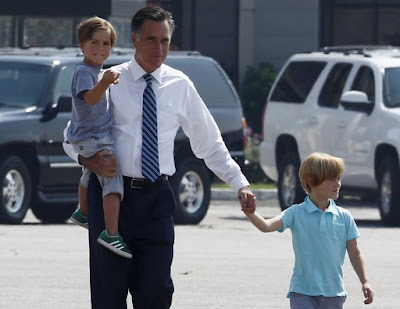 We pretty much know what they are going to say.

What are you going to say?

I say Go ROMNEY!
Posted by James Nicholas at 2:36 PM 30 comments: Links to this post 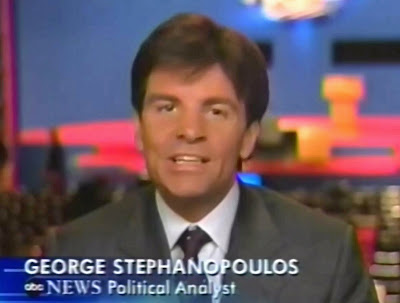 What a minute - we haven't had the debate yet!

Media types are reaching the end of the period where bogus polls can be used to shape opinion, as the credability of the pollsters are more on the line as we get nearer to the election. Yes, it is high time to move on to the next phase of "Creating the Outcome, 2012", and that, of course, is media analysis of the debates.


Barack Obama handled this all very, very well. He was cool under attack. He explained away every attack, responded well....

George Stephanopolis is on record saying "There is no bias in the media", so we've got that straight from the horses mouth. Strange then how he conistently claims the Democrat the winner. Don't doubt me on this one. The story's are already written. The only thing needed is to change a word here, highlight a phrase there, but the opinion on the debate is in the can: Barack a big winner!


Clean sweep for Barack Obama. He has won every debate. He won tonight by staying cool under pressure. He won tonight by parrying the attacks of John McCain. The only thing that John McCain could have really done tonight to change the tenor of this campaign was to get under Obama’s skin, to force him into an error. That did not happen tonight. Another win for Barack Obama.

That's nice Georgie, but you forget these are the 2012 debates. McCain was the last go round.

The Stephanopolis analysis is about as helpful as that Michigan State Math professor's lecture on calculus.

But we don't listen to the media.

We show up at the polls, and we VOTE OBAMA OUT.

Posted by James Nicholas at 11:38 AM 6 comments: Links to this post