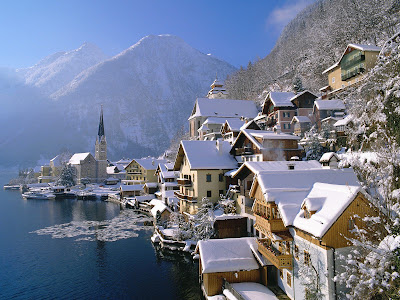 Merry Christmas to all my friends!
Posted by James Nicholas at 12:52 AM 22 comments: Links to this post

Being from across the sea and not having any historical experience of having to deal with a government that doesn't allow you representation when it decides what to do with you, it is understandable one would have no appreciation for the idea of leaving power in the hands of the people. Nevertheless, we do have friends from across the sea, and we know it is possible for them to at least sense that our cultural past is relevant to us today. Not so for this stupid little twit of a man, who not only is ignorant of the political issue, but deems himself justified in insulting the guests he invites onto his show, ostensibly to have this very discussion:


Mr. Pratt was making the argument that what America needed was more guns, not fewer...

Unable to demonstrate the patience to allow his guest to make his point, Mr. Morgan erupted:

Jackass.
Posted by James Nicholas at 6:50 PM 4 comments: Links to this post

The Way of the Buffalo 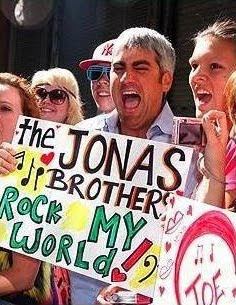 The Hyacinth Girl has been writing some thoughtful pieces. Here's a touch of her latest:

“Man card” posturing and self-proclaimed beta male status may seem polar opposites, but they are two sides of the same coin. We (culturally speaking) have assimilated the often contradictory but ultimately damaging definition of masculinity proffered by the modern feminist movement, thereby relegating men to either second-class citizens (beta male) or senseless brutes ruled by their basest desires. I don’t think men as a whole fit into either category. I think they’re more interesting than that.


The "man card" is the humorous notion that there are certain activities that "qualify" one as a man, and if found lacking or in breach of conduct one's membership card in the club of manliness can be revoked. It's a young man's joshing and taunting exercise, and it underscores a certain shallowness to the perception of maleness. The combination of political correctness and the ever increasing efforts to marginalize masculine traits have been the tools used to diminish men in our society. This has been ostensibly done to elevate women, but the result is not quite what was intended: a twisted society that is detrimental to both the men and women living in it. April has written an excellent piece on it. Now stop wasting time. Get over there and read it!
Posted by James Nicholas at 1:09 PM 4 comments: Links to this post 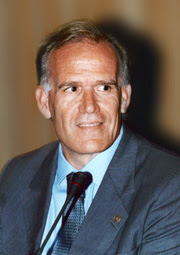 The left is in a tizzy over criticism of UN ambassador Susan Rice. "There is nothing wrong with what Rice did. She simply had wrong information. It happens." But of course that misses the point. She had good information, she just didn't share it with the American people. And with Barry the healer at the wheel, all of this plays out on racial lines. In fact, race is inserted into the question, with no small amount of help from the media, because it helps deflect criticism from the poor behavior of the Obama White House in general, and Susan Rice in particular. To that Victor Davis Hanson has written a prescient piece:


But in the era of Obama, almost everything can be connected to race. So it was not long before the Black Caucus, the Washington Post, and liberal columnists alleged that racism and sexism drove Rice’s neo-Confederate detractors. President Obama, in his now-accustomed Skip Gates/Trayvon Martin posturing mode, also did his best to inflame the tensions, as he dared critics to come after him instead, as if they were bullies out to pick on a vulnerable black woman — and as if the president himself had not hidden behind Rice, throwing her into the public arena in the first place and then refusing to offer any details of his own reaction to the attacks that might have fulfilled his taunt by redirecting scrutiny onto himself.

There is sexism and racism in l’affaire Rice — but sadly it is all originating from the Obama administration and its supporters.

Read the whole thing here.
Posted by James Nicholas at 11:25 AM 2 comments: Links to this post