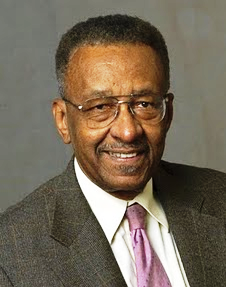 The political discourse these days is highly disconcerting, what with one sort of trouble after another in this upside down world of Obama politics. Thus it is a great pleasure for me to read some sage words from one Walter E. Williams:


I couldn't have been more than 8, 9 or 10 years old when one time, on the way home from school, my cousin and I were having a stone fight with some other youngsters. An elderly black lady walked up to my cousin and me and asked, "Does your mother know you're out here throwing stones?" We replied, "No, ma'am," praying that the matter rested there. Today an adult doing the same thing risks being cursed and possibly assaulted. Fearing retaliation, adults sit in silence as young people use vile language to one another on public conveyances, in school corridors and on the streets.

Yesteryear there was little tolerance for the kinds of crude behavior and language that are accepted today. To see a man sitting on a bus or trolley car while a woman is standing used to be unthinkable. Children didn't address adults by their first name. By the way, over the course of my nearly 45 years of teaching, on several occasions, students have addressed me by my first name. I have told them that I don't mind their addressing me by my first name, but that my first name is Professor. 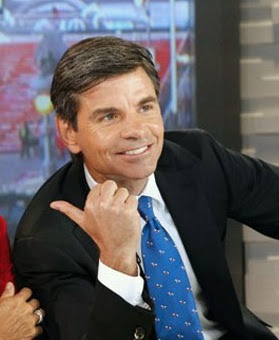 Yesterday they were loved ones and family members who had an interest in watching a movie. Today, as far as the left goes, they are the useful dead.


Stephanolpoulos: I'm going to go to Brian Ross. You've been investigating the background of Jim Holmes here. You found something that might be significant.

Stephanolpoulos: Okay, we'll keep looking at that. Brian Ross, thanks very much.

It irritates me to no end that innocent people would be found useful to victimize. These poor people died at the hands of some cowardly twerp, and George "Steffi" Stephanolpoulos and Brian Ross find their deaths can be useful to advance a political agenda. It is absolutely outrageous.

Well, in fact I must tell you, George, that the 'Jim Holmes' in Aurora, Colorado that Brian Ross discovered was not the 24 year old Jim Holmes that committed the murders. The Tea Party Jim Holmes is 52. The Jim Holmes that donned a gas mask and a bullet proof vest had nothing to do with the Tea Party, and even, for the sake of your edification, even if he was a member of the Tea Party, it wouldn't mean anything as far as the Tea Party goes. The murders committed are the responsibility of the person who committed them, in this case the young Jim Holmes. Meanwhile, the older Jim Holmes that you incorrectly identified had to get his phone number unlisted. That's investigative journalism for you. But what the hell do you care? The point was to smear the Tea Party. Well, all you really ended up doing was to pour a gallon of bilge water over your own heads.

Posted by James Nicholas at 10:57 AM 3 comments: Links to this post 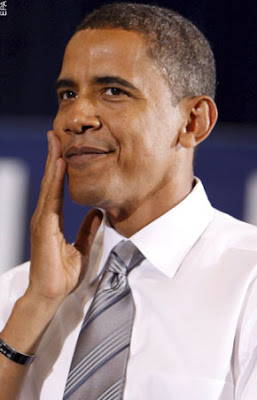 ... pretty much stands our traditions on their head.

If you were successful, somebody along the line gave you some help. There was a great teacher somewhere in your life. Somebody helped to create this unbelievable American system that we have that allowed you to thrive. Somebody invested in roads and bridges. If you’ve got a business — you didn’t build that. Somebody else made that happen.

'Somebody else made that happen.' What the..?! This guy is such a nitwit. He really believes this stuff!

Look, Barrack, if someone works hard and is fortunate enough to be successful, they very well might want to give back. A lot of American's do. That would be called charity, and it is laudable.

What you want to do is just take from us, all of us, and then hand it out to your cronies and supporters. That is called theft, and it is detestable. 'But my motive is good', you say. No, Barack, your motive is to use our money to keep you and yours in power. And to achieve this you work on the worst qualities in us: envy, petty jealousy, greed. You manipulate our human short comings to place yourself in the cat bird seat.

Here in America we take pride in independence, we honor hard work and discipline, and we don't belittle it. Running around marking success as ill got is just to give yourself a reason to steal. It's pathetic. Get with the program, Mr. President.
Posted by James Nicholas at 10:21 AM 5 comments: Links to this post

Conrad Black On His Game 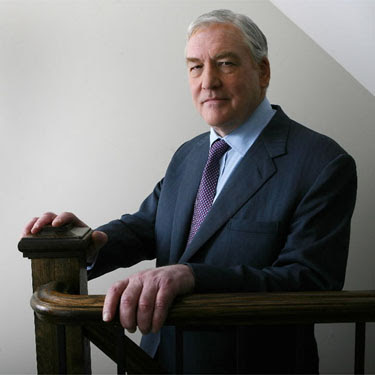 It's great to have the return of Conrad Black. And there is nothing better then to read him on topics which he is personally familiar, such as his review of a book on Walter Cronkite. Speaking of democratic interest in the most trusted man in the news running as a McGovern running mate, Mr. Black offers:


"It is mind-reading to surmise his motives, though premonitions that McGovern was going to run the most disastrous and incompetent campaign in U.S. history may have figured in them. Given his position, he should not have allowed his name to be bandied about as a political candidate. By his endless subtle attacks on the U.S. effort to salvage a non-Communist South Vietnam, Cronkite contributed importantly to the destruction of the integrity of American journalism."

Good stuff. Read the whole thing here.
Posted by James Nicholas at 10:37 AM No comments: Links to this post

Setting a new low for Orwellian newspeak, AFL-CIO union chief Richard Trumka mouthed off about what an unfair world it is, asserting it is high time the unions joined with the government to ensure our basic human freedoms be dismissed. He did this, of course, while clamoring for his so-called second bill of rights.

A right to full employment?! Who will guarantee that? Not Mr. Trumka. No, he will pass that burden off onto someone else, which is the problem with all of his demands. What Mr. Trumka professes to be rights are really just wishes, and to borrow a phrase from Walter E. Williams, since there is no Tooth Fairy or Santa Claus to provide them, that means Trumka's burden falls to you and me.

The Bill of Rights is the term given to the first ten amendments to the constitution, amendments which defined the limits of the power of the Federal government, and which guaranteed the freedom of the states and the individual citizens. These amendments had been discussed at length during the ratification process, and have no doubt, without the promise of their passage the constitution would not have been ratified. The newly independent colonies would have remained thirteen separate states.


“Republicans and Democrats need to hear what people are saying, and to break through the gridlock and the attacks on the rights of workers at all levels of the government. We want to hold all the leadership positions, hold everyone in leadership positions and that includes private and both public sectors, accountable to the American people.”

They already are accountable to the American people, asshole.

Meanwhile, Trumka tried to downplay the fact that his “movement” has a limited following: union people and all others adverse to and an enemy of the freedoms guaranteed to all American citizens under the US Constitution.


“This is not a union bill of rights. And our campaign and our rally on August 11 is not just for union members,” said Trumka. “Are you with us? Are you with the Second Bill of Rights?”

No, we are not. We support of the first Bill of Rights, the one that guarantees our freedoms, and we reject your second bill of rights, that presumes to indenture us.


Earlier that morning, Hill met with Democratic National Committee Chairwoman Rep. Debbie Wasserman Schultz (D-Fla.), who agreed to speak at the August 11 event and support the cause.

Typical. The Democrats see no problems with using government power to infringe on the freedom of the people.


No Republican has agreed to support the "Second Bill of Rights" or speak at the "Workers Stand with America" event at this time.

Thank God for that.  I just wish I could trust them.
Posted by James Nicholas at 6:38 PM 2 comments: Links to this post 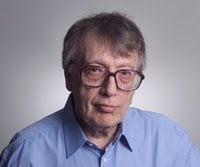 The president's string of power grabs and his refusal to abide by the law, along with his penchant for appointing non-accountable czars make this administration the politburo of American politics. Couple that with his break-neck expansion of the size and power of the Federal government, and there is no escaping the fact that there is a socialist in the White House. To wit George Jonas comments:


"The difference between limousine socialists and defenestrating socialists may be life and death, but in American electoral politics the distinction is lost. The voters don't want to hear about socialism, not even with the adjective "democratic" stuck in front of it. Foreman is quite right when he remarks: "I'm not sure Americans today appreciate quite how predatory socialism was." That's true, they don't -- but they still don't want it. The stigma attaches to the word more than to the concept; Americans are willing enough to adopt socialist measures or policies if they come wrapped into benign words like "liberal" or "progressive" -- although "liberal" has become tainted because even outright communists used to wipe their mouths in it over the last 30 years. But while "liberal" may be tainted, "socialist" is the kiss of death."

Let's hope so.
Posted by James Nicholas at 9:17 PM No comments: Links to this post 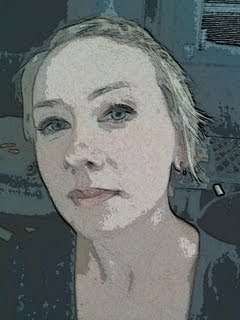 April Gavaza is a neat gal and a great read, but no, I am not looking for new clothes for dating purposes, and no, I did not have pizza with April last night.

Be pretty cool if I did, though.
Posted by James Nicholas at 2:28 PM 3 comments: Links to this post