The Federal takeover of the US healthcare system clearly is not wanted by the American people. Despite this, President Obama pushes on, twisting arms, changing rules, violating everything about our Democracy. 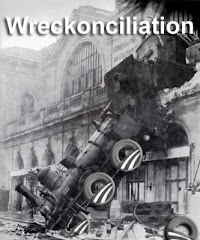 After a healthcare summit failed to either win people to his side or effectively paint the Republicans as obstructionists, Mr. Obama and his goons have taken to simply ignoring Senate rules and intend to pass healthcare on a strict up and down vote.

Big changes need big majorities. That is the way the Senate has been set up. The so-called Byrd Rule was put in place for budgetary changes only, and it is so stated in the rule. Now the President claims he simply wants an up or down vote.

I am sorry Mr. President, it simply does not work that way. Stop what you are doing.

Set my people free!
Posted by James Nicholas at 8:55 PM